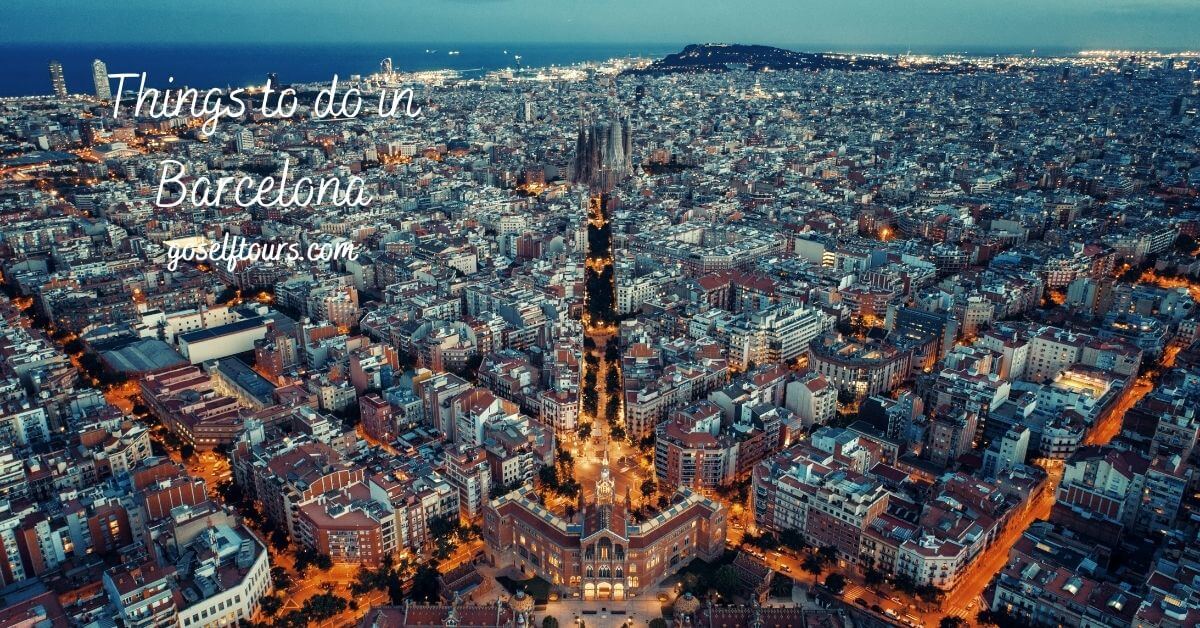 Barcelona is a cosmopolitan city, lively, modern, and at the same time rich in history and interesting architectural buildings that boast 7 monuments included in the UNESCO World Heritage list designed by the famous architect Antoni Gaudì.
Walking along the pedestrian streets of the old town, along the promenade, and in the green areas, you can understand how the city has been able to make the most of its past to integrate it with the present and the future under the banner of innovation.
Other notes of merit are the extraordinary nightlife, the Mediterranean character, and the gastronomic culture. Ready to take a full immersion in the Catalan capital? Here are the best things to do and see in Barcelona :

One of the symbols of Barcelona, the masterpiece of the architect Antoni Gaudì. An ambitious project still in progress that knows how to enchant thanks to the grandeur of the high towers from which you can enjoy a unique view of the city and the Museum that shows the various phases of the church.

The Sagrada Familia comprises two facades (the project foresees three), the sides, part of the apse, and the left transept. The building site is a great tourist attraction with teams of laborers and sculptors clinging to the spires to build this immense temple dedicated to the Holy Family.
The crypt preserves the tomb of Gaudi, which can be visited from the museum. The latter was included in 2005, together with the Façade of the Nativity, as a UNESCO World Heritage Site.

La Rambla is the long avenue that leads from Plaza de Catalunya to the statue of Columbus, a few steps from the sea. Here, immersed in the vitality of the crowd, you can admire street artists, take a look at the bustling Boqueria food market and dive into the Rambla de las Flores, the kingdom of florists amidst scents and colors.

Parc Güell is one of the must-see destinations in Barcelona.
Originating from a project by financier Eusebi who commissioned the architect Gaudi at the beginning of the twentieth century to build a large garden city, the park is now the ideal place to escape from the stress of everyday life and take refuge in a fairytale world among wonderful sculptures and unmistakable architectural works.
It is a UNESCO World Heritage Site located on El Carmel hill in the Gràcia district and offers a spectacular view of the city.

The green area is accessible free of charge. However, the main attractions are concentrated in the monumental area, for which you have to pay an entrance fee.

The famous painter Pablo Picasso, a native of Malaga, considered Barcelona his city. Today, the museum houses the largest collection of his works (3,800) in many buildings dating from the 13th-15th centuries in the La Ribera district.

The pictorial period of Picasso that can be admired in the museum dedicated to him is above all that of his youth, allowing you to get to know and appreciate the paintings of the artist’s training.
In addition to the permanent collection and temporary exhibitions, there are numerous activities organized by the Museum, including guided tours to discover the medieval history of the buildings.

Picasso’s Tour in Barcelona is a must for all art lovers. It allows you to get to know the topical places in the city connected to the great artist’s life through an immersive and pleasant walk and also includes a guided tour of the museum with priority admission.

The medieval heart of Barcelona, away from the hustle and bustle of the crowds and the nightlife, to visit strictly on foot.
Here, among cobbled streets and alleys, you enter a unique atmosphere reinforced by the fascinating presence of splendid Gothic monuments and ancient vestiges of Roman times.
In the Barrio stands, in all its majestic beauty, the Cathedral of Barcelona dating back to the 14th century, a shining example of Catalan Gothic architecture.
There are also numerous museums to visit without haste, including the Diocesan Museum and the Museum of the city’s history.

The district can be visited for free, among streets, squares, and hidden corners. But without a doubt, the experience acquires a completely different value by taking part in a guided walking tour and letting yourself be led by an expert guide on a real journey through history.

A must-see: the largest market in Barcelona and all of Spain, colorful, lively and with a huge choice of products.

The Boqueria has 300 kiosks ranging from dried fruit, vegetables, fish, and meat to dessert. There is also a gastronomic classroom and a library with books dedicated exclusively to cooking and food.

Therefore, the Boqueria is both an original place to shop and a meeting point for those interested in gastronomic culture.
From the tourist point of view, there is a great proposal for tours and interesting experiences. For example, you can take a guided tour with a cooking lesson, during which you will learn the secrets to making the perfect Paella.

Another undisputed masterpiece of the architect Gaudi in Barcelona, the Casa Batllò, is one of the most extravagant and original buildings in Europe and a UNESCO World Heritage Site since 2005 and one of the Seven Wonders of Barcelona since 2007.

The exterior is astonishing (think of the roof covered with colored scales to simulate the back of a dragon and the balconies reminiscent of skulls supported by columns similar to vertebrae), but the real surprises are inside: no straight lines but a crazy vortex of curves, waves and spirals, natural light in every single room and maximum attention to detail.
The visit consists of an audio-guided tour between the first two floors of the building, including the Piano Noble where the Batllò family used to live.

For Casa Batllò the same considerations apply as for the Sagrada Famiglia. If you have little time, get a ticket with priority entrance and get ready to live a unique experience, at times intimate and sensorial.

From the most degraded district of the city to one of the districts to a must-see tourist attraction: this is the extraordinary transformation of the Barceloneta district, refurbished for the 1992 Olympics. Today this neighborhood allows you to take a dip in Barcelona 150 years ago among alleys, lanes, old bars, and fishermen’s houses.

A completely different reality from the lights of the nightclubs and the lively nightlife where you can enjoy excellent fish dishes in the many restaurants located here.
The best way to visit the coast is through a walk, bike, or Segway tour. But if you want to treat yourself to a romantic and indelible memory, take a look at the sunset sailing tours departing from Port Vell. They will allow you to admire the area from the perspective of the sea.

Parc de la Ciutadella, a green lung and social center of the capital, is a place of leisure and relaxation but not only.

At the Parc de la Ciutadella, among the many attractions, you can admire the Monumental Waterfall, designed and engineered by Josep Fontseré, the Castle of the Three Dragoons, one of the first examples of modernist style buildings, the Barcelona Zoo, the Parliament of Catalonia and the small lake where you can sail with a rowing boat for rent.
Also, numerous events are organized in the park for the entertainment of young and old.

There are several ways to visit the park. You can stroll or relax in it for free, explore every corner with a fun electric scooter tour or choose to visit the Barcelona Zoo inside.

The evening is the best time to enjoy the colors of the Magic Fountain, so consider a nice guided evening tour. 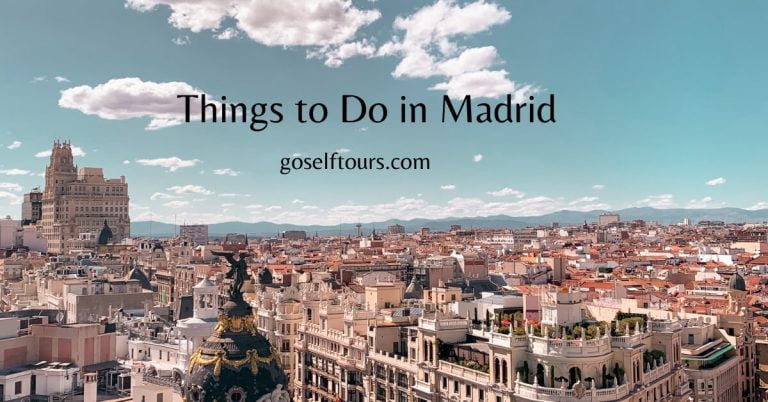 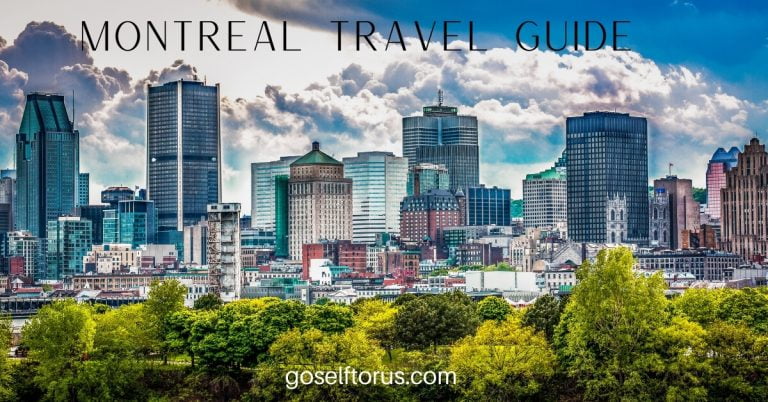